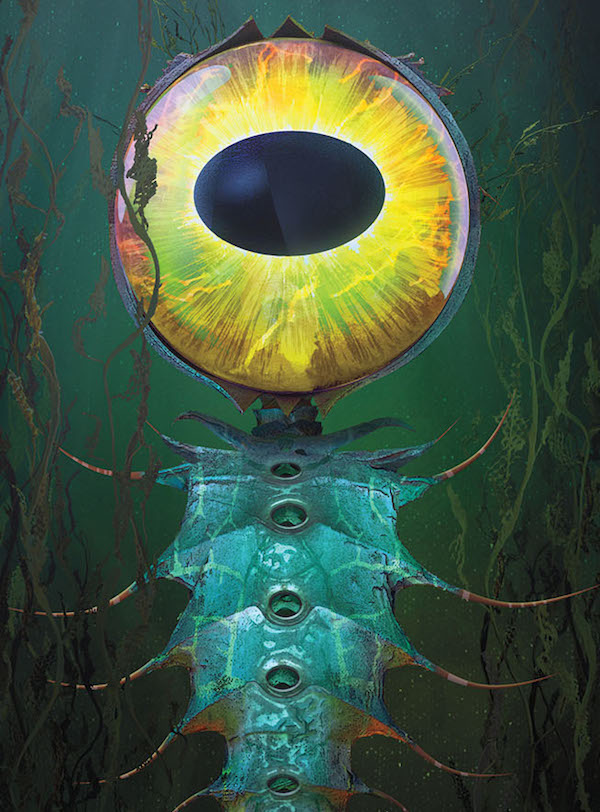 An Ukkula is a strange creature from Beyond the Outer gates and as such is classified as an Outsider. The creature possesses a long insect-like body with narrow whip-like tentacles instead of legs. At it’s front is a massive eye ball, which is capable of 360-degree rotation.

Ukkula are capable of raising a telepathic alarm, and so sometimes act as a form of silent alarm system as well.

Creatures of the Unknown, Index