An only child, Martin Ambrose Fletcher was born to Henry Prather Fletcher and Beatrice Bend on December 22, 1908, in Shanghai, China. The event took place in a small-secluded portion of the regional hospital, where a lone Beatrice gave birth to a healthy son.

Martin was the result of an amorous affair between the young lovers. His conception was a secret from her family and even Henry, who was serving as the 1st secretary of legation to the Chinese Government in Beijing. The appearance of impropriety would have ruined the young diplomat’s career, and so Beatrice left China suddenly taking her newborn son to Newport Rhode Island, without revealing his presence to his father.

In Newport, The young mother moved into the house of her parents, George Hofman Bend and Elizabeth (Townsend) Bend. They remained there until June of 1918, when Henry Fletcher once again met her acquaintance. The truth of Martin’s parentage was revealed, and the two were married on July 4, 1918.

During this time, Henry Fletcher was concurrently serving as the US Ambassador to Mexico and Chile. This meant that young Martin was exposed at an early age to Mexican and Chilean culture. He was a quick protégé, learning proficient Spanish. He was provided an excellent tutor, who rounded out his education with classical studies, languages, art and philosophy.

His father’s posting in Chile ended in 1919, and the family spent most of their time in Mexico City until 1921. At the end of the appointment as Ambassador to Mexico, Henry was promoted to the position of Undersecretary of State. As such, the family relocated to Washington D.C.

The position lasted until 1922, when henry was offered, and accepted the Concurrent Ambassadorships of Luxembourg and Belgium. During this time, Martin became a proficient speaker of French and German. He also began to immerse himself in European History and Politics. Although his interest in politics was only academic, he became interested in the politics and history of the Roman Catholic Church.

In 1924, his father was posted as the US Ambassador to Italy. At age 16, Martin found he was caught up in the energy and politics of fascist Italy under Benito Mussolini. He quickly mastered Italian and Latin, and began attending Saint Peter’s Basilica in Rome for Mass. His intellect and language proficiency quickly landed him a summer job at the Vatican working in the Visa and Passports department. He used his credentials to travel Europe for the next two years. Many times, despite his youth, his father permitted him to travel the continent alone.

In 1926 at the age of 18, Martin applied to and was accepted to the prestigious University of Cologne. There he focused on Classical studies and History. His interest in philosophy flourished, but convinced that it was a poor career choice; he focused instead on his classics and history with the intention of teaching history in a European university.

During his time at university, he traveled across the continent as frequently as possible. His travels focused mainly on Germany, Italy, Switzerland and France, although trips to Bolshevik Russia were also undertaken.

In 1929, his father’s posting to Italy came to an end, and with his father’s blessing, Martin remained in Europe to finish his studies. His parents returned to their family home in Newport, Rhode Island.
In 1930, Martin Graduated with a bachelors of Arts in Classical History Studies. With university finished, Martin found himself once again drawn back to Rome. He took an apartment near the Vatican and once again resumed working at the Vatican Diplomatic Office. It was not long, however, before it was suggested to him that perhaps the priesthood would better suit him.

Seminary and the Priesthood

After several months of consideration, Martin decided to apply for a position in Seminary College. He was surprised to be accepted to the very prestigious Seminario Arcivescovile de Milan (Seminary of the Archdiocese of Milan). As one of the oldest Seminary colleges in all of Italy, its acceptance of a relatively unremarkable American Student was a complete surprise, especially with the fact that Martin had not applied specifically to that Seminary.

Full of ideals, Martin threw himself into the Seminary studies, undertaking missionary works in war-torn Ethiopia, assisting in charitable missions in Bolshevik Russia, where he was arrested by the KGB in 1930 as a foreign spy. After 3 months of captivity, he was released from captivity and returned to his Seminary studies. He completed his Masters of Divinity in 1936, with the highest honors granted to a graduate.

After his graduation he was appointed as Deacon of the Duomo di Milano (Cathedral of Milan). He remained in that position for a year, customary to tradition. He was granted his calling to Ordainment on May 21, 1935. He was then appointed as a junior priest in Milan; a position he retained for the next year.

Almost a year after he became a priest at the Cathedral of Milan, Martin had a brush with the Unknown. On a particularly dark and stormy night, a man stumbled into the cathedral, on a night when Martin was praying at the altar.

The man collapsed halfway to the altar, and Martin Rushed to his aid. To his horror, Martin discovered that the man had been terribly mauled, as if by a wild animal. He attempted to call the police and an ambulance, but the man expired before help could arrive. However, before his death, the man spoke deliriously about a werewolf.

At first, thinking the man was merely out of his mind with pain; Martin dismissed the warnings and continued with his life. However, over the course of the next few nights, martin began hearing mumblings amongst some of the cathedral’s flock. He then began to notice an uptick in the number of animal attack stories appearing in the local papers.

Remembering the dying man’s final words, Martin went to the Bishop and tried to convince him that there may well be some truth to the werewolf stories circulation in the area. Unconvinced by his pleas, the Bishop ordered Martin to drop the subject and resume his normal work attending to the flock.
Although he attempted to obey the Bishop’s orders, Martin soon found himself on the streets of Milan at night, attempting to get to the bottom of the rumors. Of course, He did not truly believe that a werewolf was actually ravaging people in Milan. Those beliefs quickly changed when he saw the creature himself. A little over a month since the previous attacks had been reported, Martin found himself once again roaming the streets, convinced that he was out of his mind. It was in a darkened alley that he ran across the creature, feeding upon the corpse of a recently murdered street vagrant. Terrified, at the sight, Martin could only watch in horror as the creature turned his blood-soaked maw towards him and charged.

Had it not been for the intervention of a SAVE Envoy at that very moment, Martin Fletcher would have perished in a dirty Milanese alley that night. As it was, the creature managed to slash his chest with its claws, leaving a permanent scar as a memento of that terrible moment.

Two days later, father Fletcher was recruited to join SAVE.

In January of 1936, Martin managed to transfer to the Vatican. His official job is archiving the hundreds of documents that reside within the ecclesiastical library of Heretical and Esoteric Works.

In his new position at the Vatican, he was able to set aside a space for the establishment of a SAVE Office within the Vatican. Working closely with SAVE Leadership, the Vatican City SAVE Office began operation in 1936 with Martin Fletcher in the position of acting Branch Office Director. He has so far managed to keep the existence of the Office a secret from his superiors at the Vatican, as his current job duties are custodial in nature and as such he does not report to any significant oversight.

In 1935, while still serving as a junior priest at the Cathedral of Milan, Martin met a young woman working at the Museum of Rome. Her name is Carina deVecchio. They fell in love and were married on August 19, 1935 in Cologne, Germany. As it is forbidden for a priest to marry, the couple has decided to keep their relationship a secret. They are currently expecting their first child. 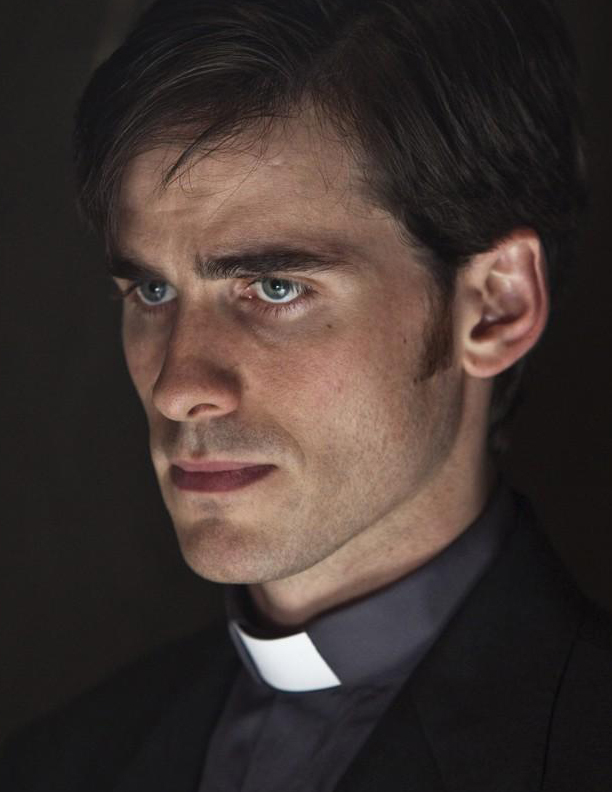