Lodewijk Van Beers was born on August 8, 1908 to Jan Van Beers and Heidi Van Der Hoof in Nijmegen, Netherlands. His is the older of two children. His younger sister Eugenia was born three years later in 1911. He developed a close relationship with his sister and had a strong connection to his family.
From an early age, his parents encouraged him to pursue music. His father owned and operated a musical instrument shop. During his free time, Lodewijk would grind an organ on the street. He considers his childhood to be the happiest time of his life.

As he matured, he became good friends with a boy named Edward Volgenberg, the son of an aristocrat. Eventually Edward would become an eccentric art dealer, with strong ties to the black market.

Lodewijk benefitted from a standard education, and decided to pursue a non-academic career. Thus, in the summer of 1921, Lodewijk gained employment as a deckhand aboard the merchant vessel the MV Veerhaven as means of supplementing the family’s modest income. His journeys took him to African and Asian ports of call.

It was during this period of travel, that disaster struck. Upon returning from a two-week long trading run to India, Lodewijk returned home to tragedy. Upon his return he discovered that several families, including his own, had mysteriously disappeared after some sort of inexplicable attack. Those families that managed to elude the attack reported an eerie music immediately preceding the disappearances.
Determined to get to the bottom of the disappearances, Lodewijk set out on a search for the source of this mysterious music. It was during this time that he discovered that similar disappearances had taken place in neighboring villages along the coast.

After several days of search, he finally caught the sound of the eerie music that had been described to him by the many survivors. He hummed nervously as he approached the source of the sound; hoping to not meet the same end as those he had loved. Upon rounding an outcropping of coastal rock, he saw her. She appeared as a woman with green tinted flesh. She was unkempt and haggard in appearance and wore strung around her neck his sister’s beloved locket- sacred heart of St. Elizabeth with an aquamarine jewel in the center. The woman was carrying the hide freshly flayed from an unidentifiable sea mammal. In his nervousness and surprise he stopped his humming and watched in surprise as she transformed into a woman with an unimaginably beautiful visage; glorious to every sense. She possessed long luscious silver hair, porcelain-like skin and was wrapped in fine Oriental silks. Unconsciously he began to move towards this creature of delight when he remembered her ghastly visage from moments earlier and began to hum nervously once again. It was the tune his mother had hummed when rocking him to sleep with as a baby. Almost immediately he noticed she had once again transformed into a vicious creature of terror. He ran in terror; never looking back.

Immediately following his encounter, he returned to his family home. However, it quickly became apparent that he could no longer bear living in the town he lived in so happily with his family. Grabbing his father’s organ and his mother’s small stash of coins and jewelry, he left his ancestral home. With this small amount, he purchased a Capuchin monkey, which he named Hamm. The monkey would become an invaluable companion and show business partner helping him with his street show. Interestingly he has noticed that when he hums or sings along with his tune he never fails to get what he needs for his daily expenses. Eventually his wandering ways led him to Rome where he has met many interesting members of the city’s criminal underbelly. He recently reconnected with his childhood friend Edward Volgenberg. The reconnection happened to take place, oddly enough, on a day that Lodewijk found himself whistling a tune while feeling homesick. 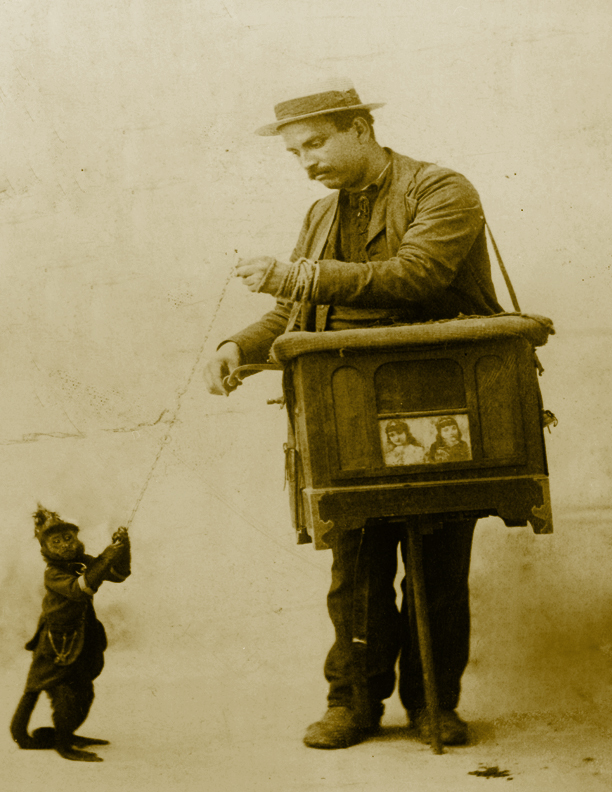