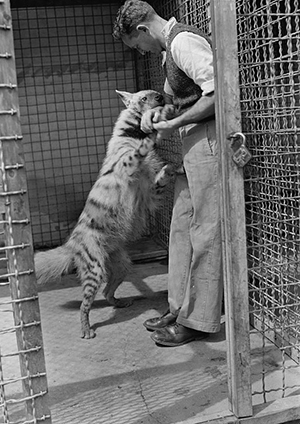 Gerard was born in 1908 to Giapetto and Delilah Filippani in Marza Del Vallo, Sicily. He is the oldest of four children. His siblings include the fraternal twins, Alfredo and Isabella and the youngest brother Guisseppe, or “Beppe” for short. His father was a tenured professor of mathematics at Milan University. His Mother ran a small shop specializing in homemade soaps, lotions, and herbal teas. Her small business never did exceptionally well, but it fostered an interest in compounding chemistry in her son.

Gerard took on the role of older brother seriously. He often found himself often coming to the defense of his youngest, somewhat bookish, brother; although he was not particularly skilled at fighting.

When the Great War broke out on May 23, 1915, Gerard’s Father was drafted into the Italian Army. He was assigned to the Italian Third Army. As such, he was involved in the first major Italian Offensive of the war, the First Leap. He was killed in the Battle of the River Isonzo on June 23rd, 1915.

As a result of his death, Gerard’s family was forced to rely upon the inconsistent viability of the family store to make ends meet. Often times, this meant going hungry or going without some necessities for long periods of time.

Despite the difficulties faced by the Filippani family, Delilah was strict concerning her children’s education. Struggling to keep food on the table, she nevertheless insisted that her children remain active in school. To those ends, she managed to enroll them in the Instituto Vittoria Colonna- a private catholic school, normally reserved for wealthy families.

As a result, Gerard and his siblings felt isolated and marginalized. They took sanctuary in their studies, excelling at a number of difficult courses and impressing their instructors. Of the four children, Guisseppe had the greatest difficulties, commonly being targeted by stronger, more aggressive students at the school.

Gerard graduated from Colonna in 1926. His excellent grades provided him with educational opportunities at the University of Palermo, Italy. There he majored in Veterinarian Medicine and minored in Chemical Pharmacology. He graduated in with honors.

Within a week of his graduation, in 1932, he was offered a professorship at the university. In addition to a position at the University, he was offered a position as Head Veterinarian at the newly opened Milan Zoo. He decided to take the position at the zoo as a means to put his newly acquired skills into practical application. He found that he had an affinity with birds, particularly raptors, primarily falcons.

On January 20, 1936, Gerard was surprised to hear a terrible noise arising from the nearby children’s petting zoo. Concerned that the noise was caused by some of the animals in distress, Gerard called his assistant Benito Arpusino for assistance and the two rushed to the scene of the commotion.

What they saw, transfixed them for a few moments. There, attacking the sheep in the children’s zoo was an incredibly large wolf. The creature was almost 5-feet tall at the shoulders, with red blazing eyes. To make things more bizarre, the wolf had an unnatural fur pattern and possessed strange tribal tattoos on its legs, necks and flanks.

Despite these oddities, the two men jumped into the fray, attempting to frighten off the creature attacking the sheep in the petting zoo. Things became tragic quickly, when the creature turned its attention from the sheep to the two men. In the ensuing Chaos, Benito was terribly mauled by the creature, and Gerard injured, although not critically.

The creature withdrew from the fight, when the attack was interrupted by the arrival of two armed security guards. Drawn by the noise, they fired their side arms at the creature, which appeared to have been injured. The creature escaped the zoo and medical attention was called for.

Benito died of his injuries before reaching the hospital. Gerard’s injuries were much less life threatening. He was treated for his injuries and released.

The following day, Gerard was approached by SAVE Envoy and Recruiter Eldric Stone. He was told that the creature he had encountered at the zoo on the previous night was a creature of the Unknown called a Lupotrib. A creature similar to a Werewolf, but significantly more dangerous.

After hearing about the dangers facing him, Gerard agreed to join SAVE and relocate to Rome.

Eldric Stone assisted Gerard to relocate to Rome. The newest member was introduced to the new Vatican City SAVE Office as a new addition. It was arranged for Gerard to stay at the clubhouse until he was able to acquire employment and an apartment of his own. 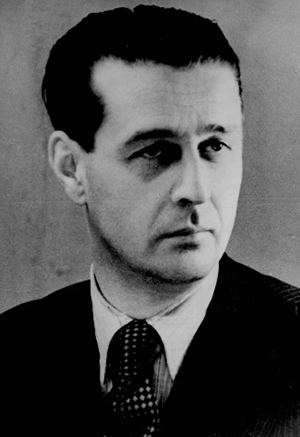