Dialo DiSola was an inhabitant of the village of Lipari, on the island of the same name. He was a fisherman by trade and a drunkard by reputation. In 1936, when an invasion by Outsiders began in his village, he made his way to the Lipari Cathedral, where he rang the church bell in an attempt to bring the villagers to safety.

While he was unaware of the mystical powers that the bell possessed, and failed in saving any of his fellow villagers, his actions did create a temporary safe-haven for members of the Vatican City SAVE Office who had arrived to attempt to stop the invasion.

By the time the envoys had arrived, he had been ringing the loud bell for hours and was effectively deafened by the ringing. He wasn’t able to provide much information to the group, but was the only inhabitant of the island to survive the thwarted invasion. 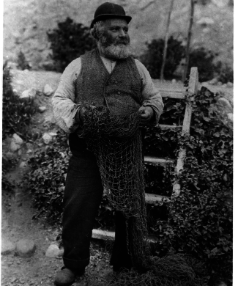